After initial suspension, draft beer now pulled out of 7-eleven stores for good

The new Leo draft beer dispensing machines that seemed like such a good, logical idea, have been pulled from 7-eleven stores for good.

CP All announced this morning that it has decided to pull draft beer machines from 7-Eleven convenience stores once and for all, after anti-drinking groups staged protests on Friday.

The reasoning behind the protests were that the machines were sending a bad impression and encouraging under age drinking. Just how that makes sense is anybody’s guess, it’s not as if 7-eleven don’t already sell beer in the form of bottles and cans.

The group argued that the machines were on show for all to see, but the same can be said about the bottled beers and yet there doesn’t seem to be a problem with that.

For those who looked forward to trying draft Leo beer at 7-Eleven after all the online hype, the service was halted due to criticism, and there is no hope for you now.

In a Facebook statement this morning, CP All said it will pull draft beer machines from its 18 stores in the pilot program due to the “advice and concern from many sectors.”

A video of one of the Leo beer machines went viral last Tuesday, getting netizens excited over the tasty bargain. Priced at THB49 (about US$1.50) a cup, the sales — and accompanying excitement — lasted less than a week. 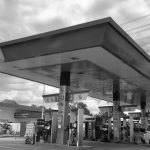 Petrol Company to slash prices in tribute to Late King