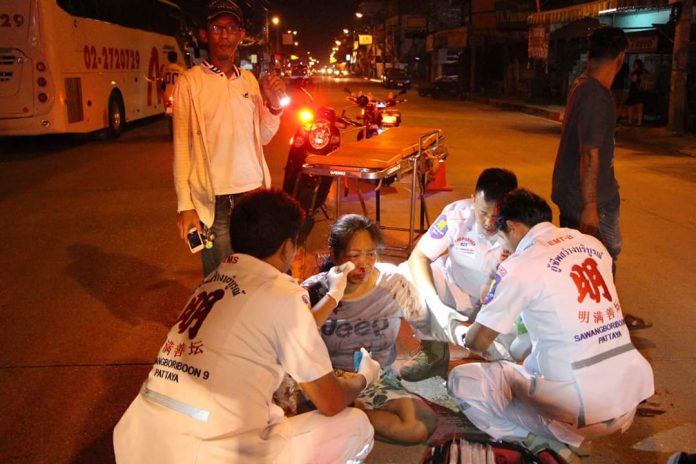 A Thai woman has sustained serious injuries after being crashed into by an intoxicated taxi motorbike driver in Pattaya early this morning.

The Pattaya City Police were notified of an incident at 1:30 AM on Naklua Road. Sawang Boriboon Thammasathan rescue workers and police rushed to the scene.

At the scene they found two damaged motorbikes on the road. Nearby they found a 53-year-old Thai woman named Wassana Seeha. She had sustained moderate injuries. She was taken to Bang Lamung Hospital.

Witnesses said the motorbike taxi driver was driving with high speed before losing control and colliding with Ms. Seeha on the opposite lane.

The taxi motorbike driver was found to have a blood-alcohol level of 0.27, almost six times the legal limit. He was arrested and taken to the police station for further legal action. 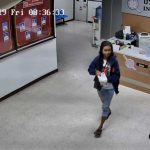 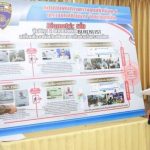