A total of 5 suspects are been held behind bars as police in the Phang Nga province of Thailand continue with a case in which a teen was raped.

Five suspects accused of participating in serial gang rapes of a teen girl in the southern province of Phang Nga were behind bars Monday as police said some of her attackers may have paid to participate.

The five men were arrested Saturday after being named in 11 warrants as suspects in a 14-year-old girl’s allegations that 40 men from her community, Ko Rad, sexually assaulted her on repeated occasions last year. Community elders have responded by denouncing the girl as a liar.

On Saturday morning, the five men – Wabum Samin, 69; Wadech Sumen, 57; Keerati Sumen, 30; Thawatchai Thaogu, 35; and Nuttawut Butnoi, 31 – were led in handcuffs from Khokkloi Police Station to a provincial court on various charges relating to the kidnapping and rape of a child under 15.

Among the charges was profiting from the commission of obscene acts, which a lawyer who helped the accuser’s family bring their complaint forward said could lead to trafficking-related charges.

Lt. Col. Sathit Phromutai of Khokkloi police said Saturday that the five suspects were eligible for release on bonds of 260,000 baht, which their families were gathering.

The men’s wives and mothers protested outside the police station Saturday, wailing and yelling at the officers. Some appeared to faint and had to be taken for medical treatment.

While some in the community have accused the minor and her family of smearing their reputations with false accusations, the national audience following the case has been generally unsympathetic.

“Eventually these bastards will confess, accuse each other or be damned with evidence and they’ll get jailed,” Facebook user Thitima Sermwiwatwong wrote in one of many similar comments to a Khaosod news report. “Even so, the victim’s family still won’t be safe and won’t be able to live here anymore. Just look at the base conduct and wretched mentality of the villagers, both the men and the women.” 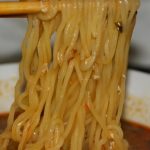 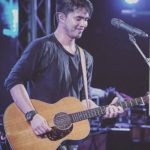