A multi-force raid has arrested another 44 foreigners in a weekly use of police resources that continues to mainly discover people overstaying their visas or lacking an entry permit to Thailand.

He said 11 people were charged with overstaying their visas –six Indians, two Uzbekistanis, one Nigerians and one Guinean.

Another 31 were charged with being in the Kingdom without a visa. They are nine Indians, seven from Myanmar, five Laotians, four Cambodians, three Nigerians, two Bangladeshis and one Uzbekistani.
The Nation

Ugandan woman arrested for luring compatriots into prostitution in Bangkok 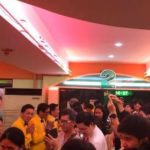