The Centre for Covid-19 Situation Administration (CCSA) on Saturday reported 24 deaths and 3,052 new cases, including 41 overseas arrivals, over the past 24 hours

Bangkok led the list again with 1,191 cases, followed by 437 in Phetchaburi and 99 in Nonthaburi.

Of the fatalities, 13 were in Bangkok, three in Samut Prakan, two each in Chiang Mai and Ratchaburi, and one each in Nonthaburi, Surat Thani, Yasothon and Nakhon Nayok provinces. The ages of the deceased were between 31 and 96.

Of the 41 cases in quarantine, 40 were Thais – 35 from Cambodia, two from Maldives and one each from Malaysia, Saudi Arabia and Japan. The only foreigner was a Filipino from Philippines.

Meanwhile, 2,900 patients have recovered and been discharged in the last 24 hours.

Separately, 122,962 people have been given their first Covid-19 shot in the last 24 hours, while 40,331 people were given their second shot, bringing the total number of Covid-19 vaccine doses administered in Thailand to 2,811,549. 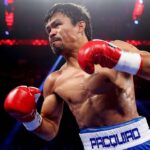 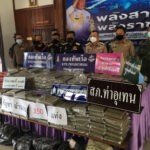