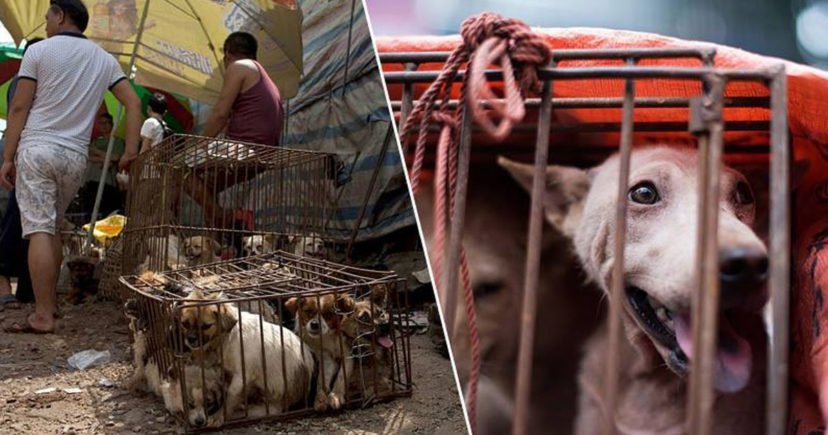 The horrific annual event was invented in 2010 as a way to boost the popularity of eating dog meat and this year it began on June 21.

Before the start of this year’s 10-day festival, Humane Society International handed a 1.5 million signature petition to the Chinese embassy calling for it to be stopped, though thousands of dogs have still lost their lives as a result of the festival.

Many of the animals killed for the event appear to be pets, evident in the fact they’re still wearing collars. Dogs are captured and kept in hideous conditions before being killed.

One Chinese activist involved in the dog rescue, named Wei, spoke to the Humane Society about the horrors surrounding Yulin, explaining dogs were left ‘exhausted and panting’ in the sweltering slaughterhouse.

Some were pressing themselves tight against the wall in an effort not to be noticed. We noticed straight away that some of them were wearing collars, so they were probably stolen, but others looked very sick.

We quickly loaded them onto a truck to get them to temporary shelter.

The Humane Society recently shared photos of a number of dogs which had been rescued from the festival before it began and explained they’d seen a dramatic reduction in the number of dogs killed, as well as noting slaughterhouse operations appearing less active. 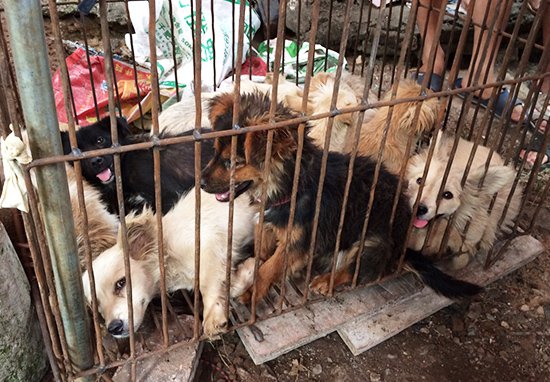 While the decrease in activity is encouraging, there are still thousands of dogs being killed.

Yulin is a very tense place right now, with dog traders and slaughterhouses on high alert, so it was difficult for these Chinese activists to win the trust of this facility to release the dogs.

We commend their efforts to show the world the suffering of these poor animals, and to expose the dog theft that lies behind the dog meat trade.

These dogs are traumatised and in need of veterinary treatment, but they are the lucky ones because for them at least the horror of Yulin is over. Sadly, thousands more will still die at Yulin, and millions across China, unless decisive action is taken.

So we urge the Chinese government to show that it will not tolerate the dog thief gangs who perpetuate this trade, and bring an end to the brutal dog and cat meat trade.

You can sign the Humane Society’s petition to end dog and cat meat trade horrors like the Yulin festival here.

App That Can Undress Women Has Been Taken Offline