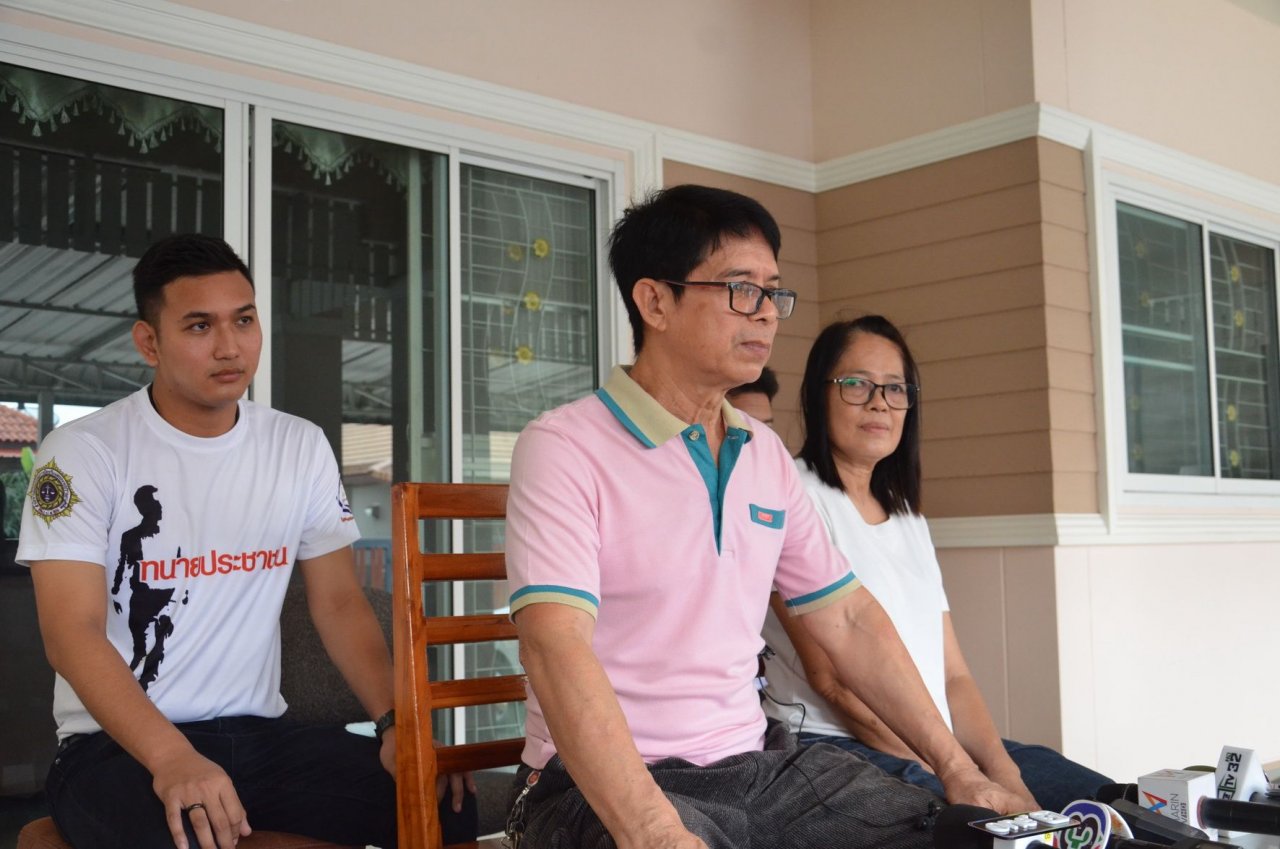 AFTER POLICE summoned him to hear two criminal charges, a retired police lieutenant yesterday challenged a teacher involved in a dispute over a multi-million-baht lottery jackpot to make a pledge in front of Kanchanaburi’s sacred City Pillar Shrine to determine who was telling the truth.

Former police officer Charoon Wimul threw down the gauntlet yesterday to teacher Preecha Kraikruan, Preecha’s witnesses and police. The two men have been embroiled in a high-profile dispute about the real ownership of lottery tickets that won Bt30 million in the November 1 draw.

Charoon said Provincial Police Region 7 chief Pol Lt-General Kittipong Ngaomuk’s announcement on Wednesday that he would be charged with embezzlement and receiving stolen items was unfair because there was not enough evidence to back Preecha’s claim. “I’m the party in the right, but have been subjected to abuse all along … I bought the tickets and I won the prize.

How can I accept such an accusation? I believe evidence might have been fabricated,” he said. Charoon also dismissed as impossible a police comment about eyewitnesses seeing him picking up lottery tickets from the ground.

He said that while he was out shopping for food for his wife, he had on impulse bought the set of five lottery tickets for Bt700 from a female vendor at the Red City Market, but he could not remember any other details about her.

Charoon added that he had cooperated with authorities who had taken his fingerprints and tested his DNA – which had proved that he had handled the tickets – and was ready to undergo a lie-detector test upon request.

Charoon also called for Prime Minister Prayut Chan-o-cha to send a neutral party to investigate the case. “To prove my sincerity according to Thai beliefs, my family and I will pledge an oath on February 11 in front of Kanchanaburi’s sacred City Pillar Shrine, and if I am lying as I have been accused of, may the supernatural entity punish me and my family.

In that event, I would like to challenge teacher Preecha, his lottery vendor witness and policemen taking Preecha’s side to join the ceremony, so the liars will be punished severely,” he said. Meanwhile, Kanchanaburi superintendent Pol Colonel Paiboon Praesinuan led officers to examine a CCTV camera that Preecha claimed had captured Charoon picking up tickets from the road, but could not find it.

Instead, they found a power pole near the market’s shrine, with vendors saying a camera on the pole had been removed two years ago. The controversy hit the headlines after Preecha complained to police that he had bought and lost five tickets in October that had won the jackpot in November. 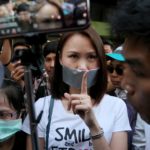 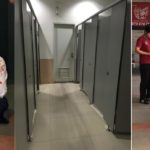