National Security Council (NSC) chief Wanlop Rugsanaoh has warned pro-election campaigners against resorting to violence after they vowed to march on Government House on May 22. The demonstrators, known as “People who want an election”, hope to pressure the government into holding a general election by November this year. They also urged the National Council for Peace and Order (NCPO) to step down from power before the poll and the military to withdraw its support. Gen Wanlop said security officers are assessing the situation, adding that he personally believes the demonstration will not spiral out of control. “I would like to ask for cooperation from the group not to trigger violence,” he said. Gen Wanlop said the government is following its election roadmap. “It is impossible that the NCPO will step down since the council is a mechanism which supports the government’s administration,” said Gen Wanlop.

Meanwhile, deputy police chief Srivara Ransibrahmanakul said Tuesday police will adhere to the Public Gathering Act when dealing with the demonstrators. Pol Gen Srivara said the demonstrators should not leave Thammasat University’s Tha Prachan campus, as that would disrupt traffic in the area. So far, the protesters have not yet written to inform police about their demonstration on May 22, he added.
Democracy Restoration Group leader Rangsiman Rome, a co-leader of the demonstration, said the regime staged its 2014 putsch with the intention of seeking ways to wean people off Pheu Thai and the Shinawatra clan.

The regime’s move to court former MPs into its fold is also part of a strategy to cripple the Shinawatra clan, Mr Rangsiman said.
He said he believes the election will be held only when the regime is confident of victory.
Referring to the prime minister, who said the election would be held in February next year, the activist said there is no guarantee that the poll will go ahead then, adding that the key factor at the moment for the regime is drawing former MPs into its fold.
Bangkok post 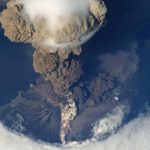