The Royal Thai Police Office has expanded its investigation into a gambling network operating illegally in the East to include 253 more policemen, in addition to the seven officers already implicated.

Announcing the expansion on Thursday, Pol Gen Visanu Prasattongosoth said the investigation headed by police inspector-general Pol Lt Gen Manote Tantrathian had already looked into the activities of seven officers, including the provincial police chiefs in Rayong and Chon Buri.

It concluded that casinos had been operating illegally in the two eastern provinces for a long time. Investigators now suspected another 253 policemen may be involved, Pol Gen Visanu said.

The panel was also investigating 13 police officers at Provincial Police Region 2, and in two other eastern provinces, Chanthaburi and Trat, where there were also illegal casinos, Pol Gen Visanu said.

Gambling dens in the eastern provinces had been responsible for spreading Covid-19, he said. 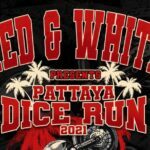 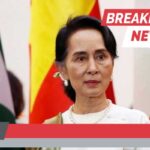