Home » 2022 Asian Games to include athletes from Oceania 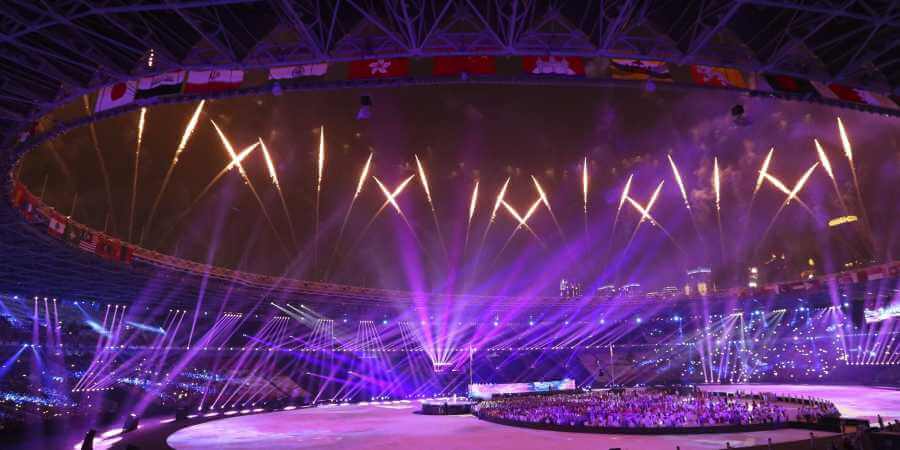 Basketball, volleyball and soccer players from Australia and other Oceania countries will be permitted to compete at the next edition of the Asian Games.

The Olympic Council of Asia confirmed after its general assembly over the weekend that athletes from Oceania would be eligible to compete in some team sports in Hangzhou, China, in September 2022.

Australian Olympic Committee president John Coates said he had been campaigning for decades for inclusion at the quadrennial event, which was first staged in 1951 in India and most recently last year in Indonesia.

He said the invitation to the Oceania athletes is limited to sports which qualify for the 2024 Olympics through Asia, including volleyball, beach volleyball, basketball, soccer and fencing.

“Australia is very grateful for this opportunity … and there will be enormous interest from our Oceania neighbors,” Coates said in a statement Monday. “There’s a cap of 10,000 athletes for these games so there will need to be some decisions made along the way about which Australian men’s and women’s team will compete, but the critical thing is our place is confirmed for Hangzhou 2022 and that’s a very positive outcome for us.”

Australian athletes competed at the 2002 East Asian Games in Osaka, Japan, but were not eligible for medals. Oceania athletes have also been previously invited to compete at the Asian Winter Games and the Asian Indoor and Martial Arts Games.

“This has been quite a journey that ultimately will benefit athletes in this region,” Coates said.

The Oceania National Olympic Committees represents 17 countries across the Pacific.

Members of the Asian Olympic body also re-elected Sheikh Ahmad of Kuwait as their president despite his pending criminal trial in Switzerland in a case of alleged forgery in an arbitration process. He is also implicated by the U.S. Department of Justice in paying bribes to Asian soccer officials through OCA accounts.

The sheikh, who denies all wrongdoing, suspended himself in November from his long-time IOC membership and presidency of the global group of national Olympic committees, known as ANOC, but continues in his OCA work. He left his FIFA positions in April 2017 amid the American allegations.

“I made it clear to the NOCs that I would leave it up to them to decide whether I should stand for president,” Sheikh Ahmad said in a statement. “I am here to serve them and I was humbled by their response.”

Second man seems to be free of AIDS virus after transplant