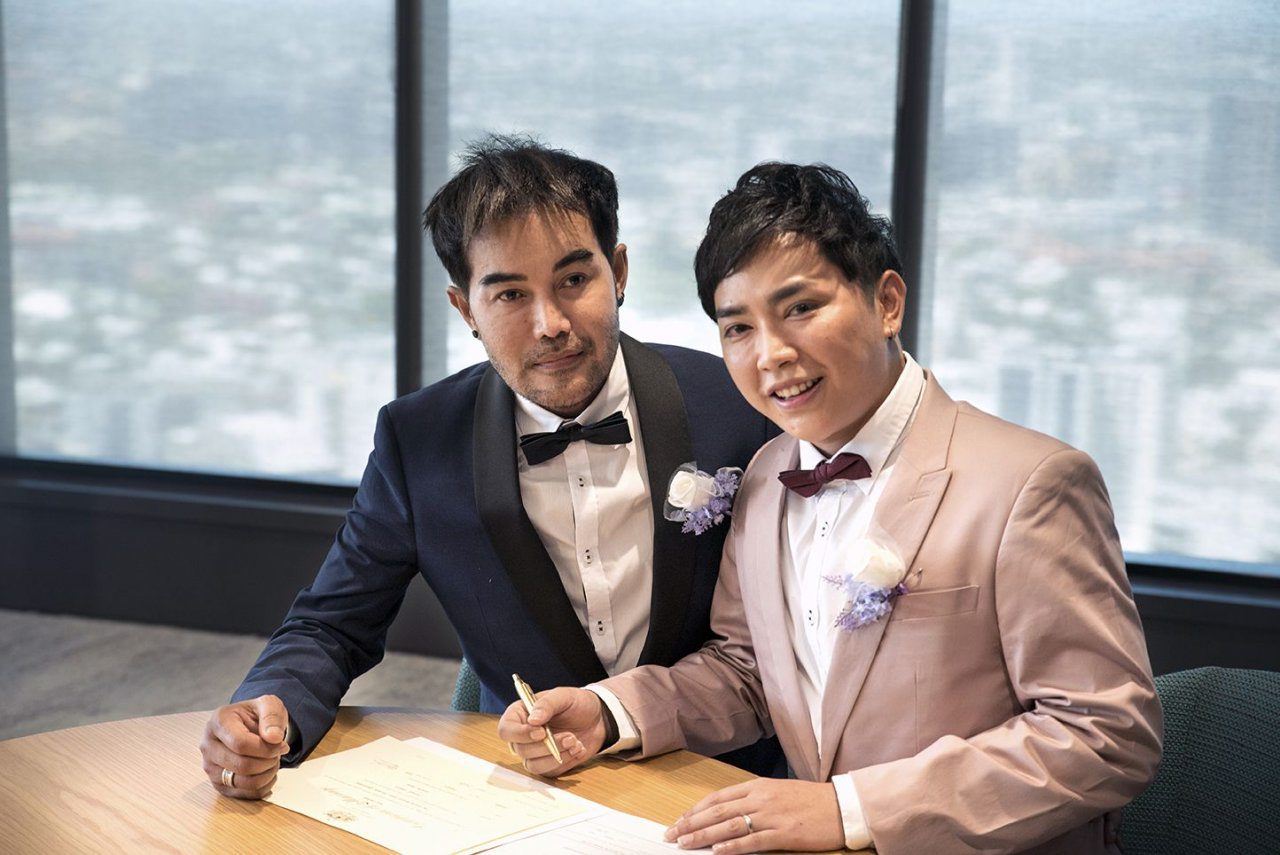 TWO THAI MEN were among the first same-sex couples in Queensland to get married following passage of Australia’s historic marriage equality bill.

While many Australian same-sex couples chose to celebrate New Year’s 2018 by getting married, Jarrukit Somjich,37, from Chiang Rai and Kiticha Srijad, 49, from Pathum Thani wed right after the bill passed in December last year.

“We planned a long time ago to get married and had sent invitations to friends and family to come and help celebrate a traditional Thai wedding theme, and we did it on December 17, 2017,” said Jarrukit, who has lived in Brisbane for eight years and owns a massage shop. “We didn’t really know if the bill was going to pass or not,” he explained.

“I thank all the Australian people who have fought [for] and have been very active pushing for this bill to pass. It has been hard-fought and I thank Australia for the opportunity to equalise marriage. Love is love and it should be equal to all.” When asked what the bill means to the couple, Kiticha, who has lived in Brisbane for 18 years and works at a Thai restaurant, said that it is a good to see that Australian society is very open, accepting and very multicultural.

The bill is another important change to confirm how Australia believes in its people’s values, he said.

“The bill is an important change to not only let a husband love his husband but a wife to love her wife and they can share their lives till death do them part,” said Kiticha. “It shows we have come a long way and we couldn’t be happier.”

Jarrukit and Kiticha were the first same-sex couple to be married at Queensland’s Registry of Births, Deaths and Marriages (RBDM) since the passing of the Marriage Equality law last month. Acting Premier of Queensland Jackie Trad congratulated the pair on their special day – one that would be etched in Queensland’s history.

“This is a fantastic and historic day, not only for this couple, but for Queensland,” Trad said. 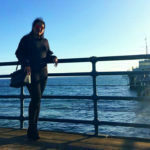 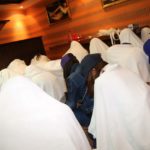