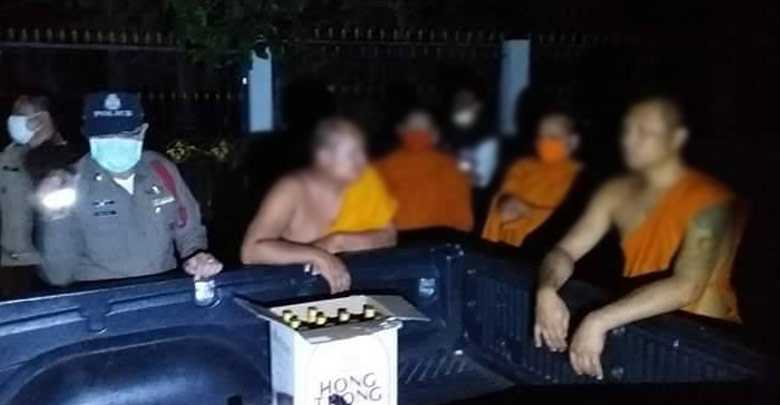 Sisaket Police arrested 2 drunk monks driving in the middle of the night during the national curfew due to Covid-19. Police Captain Mahaniyom Niyom from the Sisaket Police Station along with other officials arrested 2 monks breaking the curfew in the main city of Sisaket.

The monks were driving in Kan Luang village and both appeared to be drunk when police found them. The monks didn’t make sense and in the truck was a box of whiskey.

The bottles seemed to be handmade alcoholic drinks. Police gave both monks a breathalyzer test and the estimated blood alcohol content was well above the legal limit.

The suspects were delivered to the Sisaket Police Station. Police Colonel Theppitak Sanggla revealed that both of the monks admitted that they had broken the curfew.

One of the monks was driving drunk a Toyota truck with a Sisaket license plate. Both monks have violated the emergency decree and monk discipline. Officials realized that in order for the law to punish them, the monks would have to be removed from monkhood.

They were both sent to a high monk in the province and were both forced to leave the Buddhist monkhood.

Both suspects along with the evidence being the truck have been sent to the Sisaket Police Station for further prosecution. Not only have these men broken the law, but they were in the position of monks who decided to get drunk and drive out onto the main road in the middle of the night. Even worse, they chose to get drunk which is extremely wrong for monks especially during these times of Covid-19. 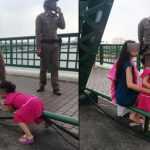 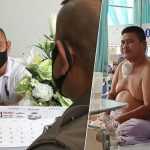