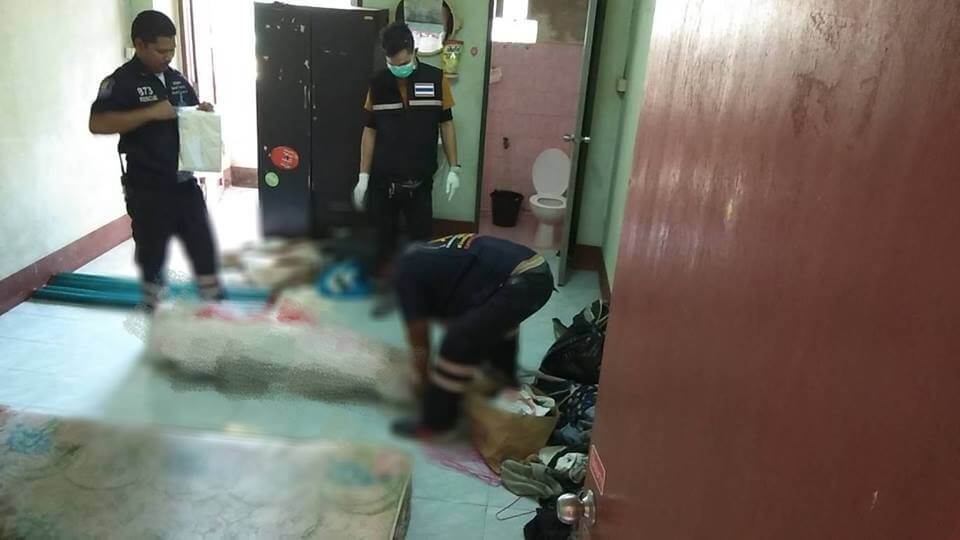 16-year-old prostitute: The Pattaya News said that some evidence points to murder in the death of a 16 year old girl found dead in South Pattaya.

Wichayaphat Nannithichote was found by a colleague after she had failed to turn up for work at a nighttime entertainment venue in South Pattaya.

Patchara said she had not seen her friend since Monday and was concerned for her welfare.
The victim was originally from Saraburi.

A police team led by local station chief Pol Col Apichai Krobpetch and forensics officers found the victim face up on a mattress on the floor. She was dressed in black and her lower body was covered by a blanket.

There were signs of a struggle in the room.

Due to the advanced state of decomposition of the body it was not initially apparent what had caused her death.

Clumps of the victim’s hair and fingerprints in the room were taken for analysis.

CCTV showed the victim arrive with a man dressed in black on Monday morning.
He is believed to have left about an hour later and the victim was not seen again on CCTV.

Police want to talk to the man caught on CCTV.

When is the best time to visit Thailand?

Dead tourist is washed up on Pattaya Beach