The Investigative Bureau has issued a statement on Friday that the allegations its head was sexually harassed as a subordinate.

A day after Isra News director Prasong Lertrattanasut was identified as the subject of an investigation by a journalist guild into charges he harassed and groped an unidentified employee, the news agency said the accusations could be a plot by his enemies.

“All current staff of the Isra Institute affirm our confidence in the overall behavior of Mr. Prasong Lertrattanasut,” said the statement signed by Isra executive Vimolphan Peetathawatchai. “And we are willing to fight alongside Mr. Prasong Lertrattanasut to prove all facts.” On the same day, a separate statement was released under the name of “all staff of Isra Institute and Isra News agency.” It repeated the denial and described 56-year-old Prasong as a man of ethics. “He has a record of working under the discipline of professional ethics to always defend the public interest,” it read.

It also described the allegations as unfounded rumors that could irreparably damage Prasong’s reputation long after he is cleared of wrongdoing. The Thai Journalists Association announced Monday that it was convening an inquiry to look into online complaints that a senior reporter had sexually harassed one of his female subordinates, reportedly prompting her to quit the news agency. The group declined to name the person under investigation, citing legal concerns. Despite the anonymity, a lawyer who claimed to represent the accused sent a notice to the association threatening a lawsuit if his unidentified client was treated unfairly. The lawyer, Vimol Songsermsakul, refused to identify his client.

On Wednesday night, magazine editor Thanapol Eawsakul identified the man under investigation as Prasong. Former Reuters correspondent Andrew Macgregor Marshall, who lives outside Thailand, followed suit the next day. In Friday’s statement, Isra said Prasong has made many enemies in his career, and the sexual harassment claim might be an attempt to sabotage his reputation. “Mr. Prasong Lertrattanasut is inevitably in a position where he is an important target for those who lost their interests due to the straightforward working of Isra News Agency,” it said.

Born to a family of Chinese immigrants, Prasong took up journalism classes while studying at Chulalongkorn University. After graduating, he interned at Matichon Group, where he worked 28 years before moving to Isra in 2011. Throughout his career, Prasong has been known for investigative journalism targeting high-ranking officials. While working for Matichon Group, Prasong was credited with exposing financial irregularities under influential prime minister Thaksin Shinawatra. Under his leadership, Isra News continued investigative work and published many exposés on the current military government. Khao Sod 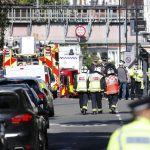 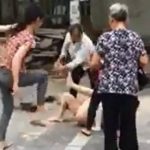 Wife attacks husband’s mistress after catching them together in Vietnam