Home » 12 students, out of 13 injured on road accident

12 students, out of 13 injured on road accident

Twelve students were injured on Wednesday evening when their pickup truck was hit by another pickup, whose driver was also severely injured in Phichit province.

The students’ pickup had reportedly been modified into a transport vehicle. Police said the accident happened at 5.50 pm on the Nakhon Sawan-Phitsanulok Road in Tambon Thanong’s Moo 6 village, Thalay district. Police said the pickup, which was transporting students home after school, was hit on the right side, sending it crashing into a tree on the roadside. The impact caused the students to be thrown out of the vehicle onto the road.

Source: Asia Nation ( Immages is not original link to the News ) 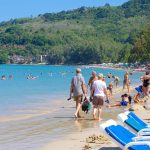 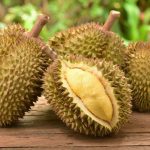 Malaysian Government to study to use Durian Aphrodisiacs