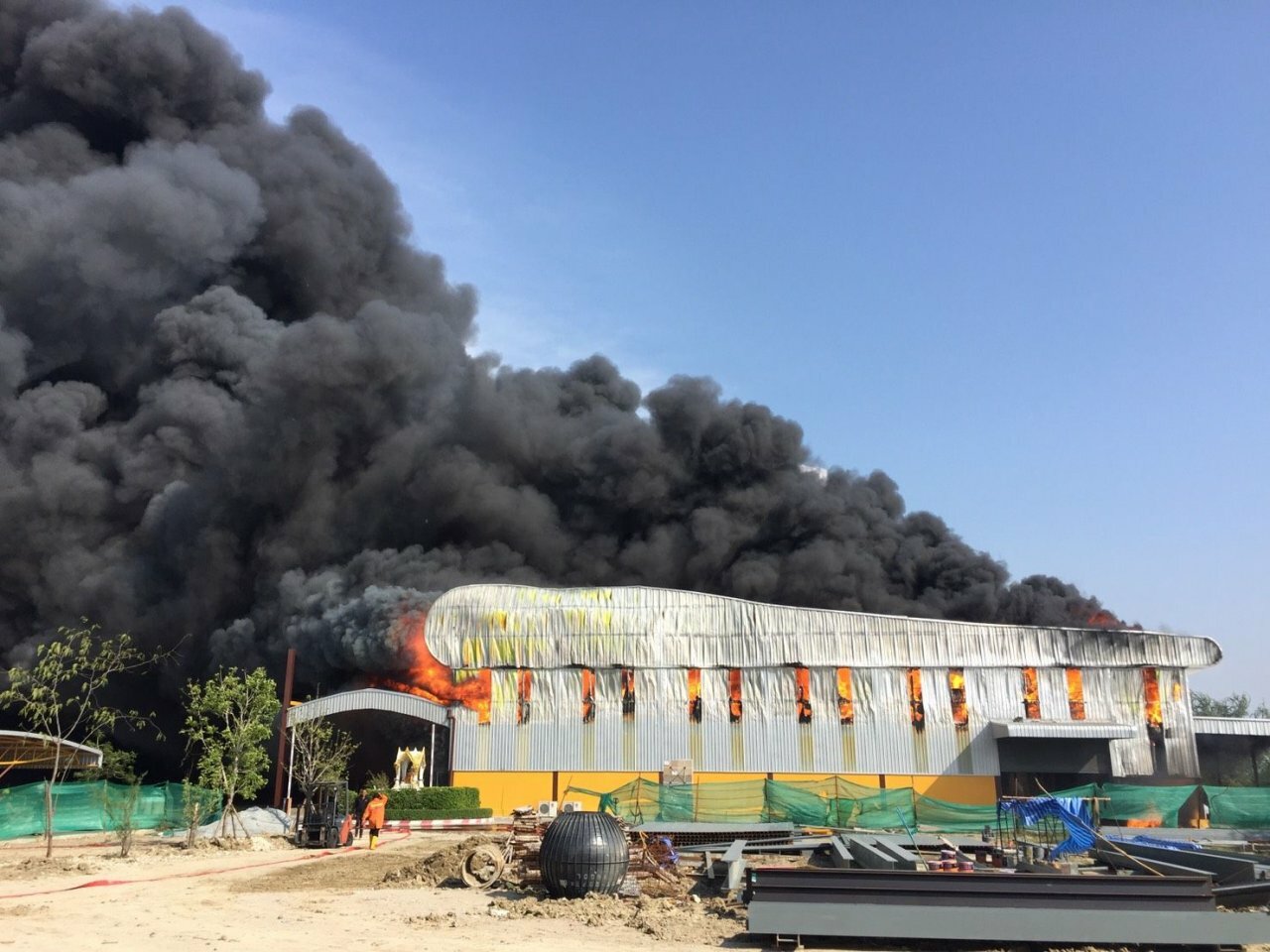 Police said the fire broke out at roughly 3:30pm

The factory of SPC Interprint is located in the Thonggrow Industrial Estate on Bang Na-Trat road in Tambon Klong Tamru.

Firefighters stuggled to put the fire out and in the end could only contain the blaze and wait for it to burn itself out as the plastic material in the plant made it too difficult and hazardous to tackle.

The fire caused huge clouds of toxic black smoke over the area, and people were urged to get as far away from the scene as possible.

The actual cause of the fire is still unknown, and police will be searching through whatever evidence has been left in an attempt to come up with an explanation.

The cost of the damage is also unknown but initial reports are suggesting a substantial loss to property and goods within the factory.

Luckily, no one has been reported with any injuries from the accident. 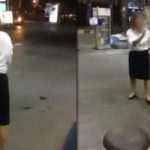 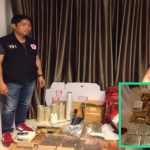