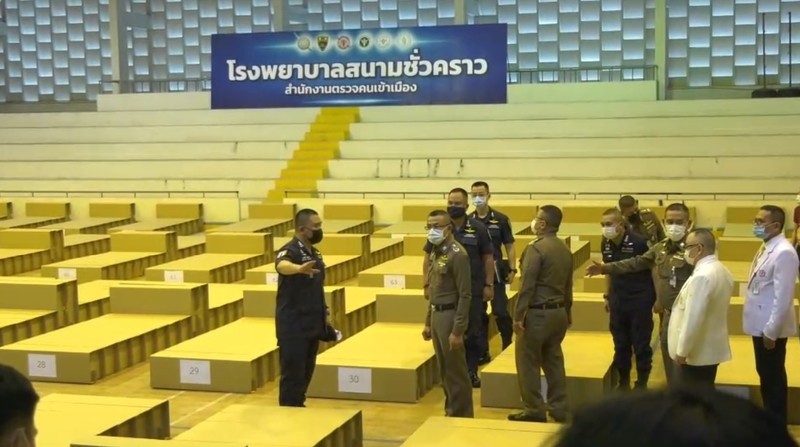 National Police chief Pol General Suwat Chaengyodsuk on Monday visited the Boonyachinda Stadium in Bangkok’s Lak Si district which has been recently converted into a field hospital to quarantine and treat persons infected with Covid-19.

“The Royal Thai Police’s Immigration Bureau has converted the stadium into a 100-bed field hospital due to the rising number of infections among migrant labourers who had entered Thailand illegally and are awaiting to be sent back to their countries,” he said.

“Currently the quarantine facilities at the Immigration Bureau’s Suan Plu and Bang Khen branches have 1,615 persons in them, and there could be more in the future.”

The Ministry of Public Health announced on Monday that 395 people held at quarantine facilities of Bang Khen Immigration Bureau had tested positive for Covid-19.

“The infections were found as early as on March 11 in nine people. On March 13, 52 more people were found infected. On March 15, 16 people who had close contact with patients tested positive,” it said in a press release.

“From March 18-21, the ministry launched proactive testing and found 318 more people infected, most of whom are asymptomatic.”

The ministry added that all infected persons and those with high risk have been separated, quarantined and treated at certified hospitals to prevent the virus from spreading to nearby communities.

“The field hospital will help alleviate congestion at local hospitals and will aim specifically in treating and quarantining infected migrant labours,” added Suwat.

“If the number of infections is still rising, we will expand the field hospital accordingly.” 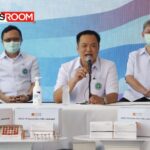 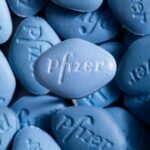 Viagra can prolong the lives of heart attack survivors