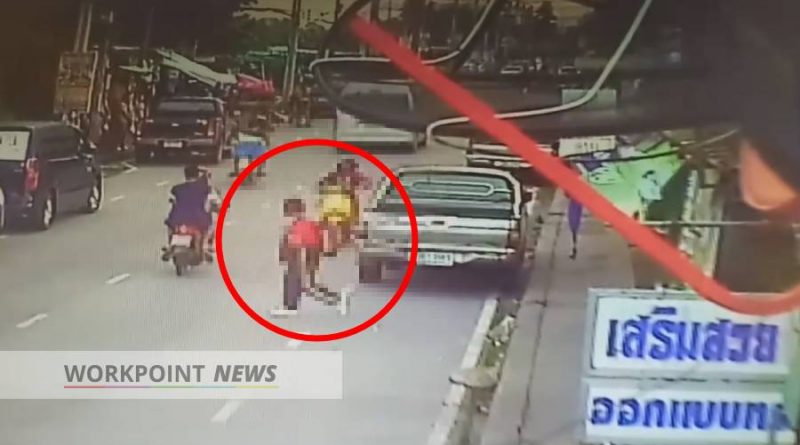 The incident was caught on camera of a 10-year-old girl hit by a motorbike that was driving against the lane direction. The motorbike quickly drove away thinking that he could get away after hurting the little girl.

Motorbikes driving against the flow of traffic is very common in Thailand, especially on busy streets, but you really see it everywhere here.

The video was posted by Uthaiwan Permjit Tato on Facebook. Uthaiwan attached the footage from a security camera which successfully capturing the moment when the 10-year-old girl was hit by the motorbike. The girl was standing behind a truck, it was clear that she needed to cross the street. She looked left and right before taking a step forward. When she thought the coast was clear, the little girl took one step forward into the road. Then suddenly a yellow motorbike came driving against the flow of the traffic and hit the girl.

The girl fell onto the road and was in a state of shock and pain. The bike stopped for a brief second before moving his bike past the girl and simply drove away, the driver didn’t bother to ask the girl if she was alright or even attempt to take responsibility. The girl did not see the bike coming and it was driving extremely fast when the driver drove straight into the girl. 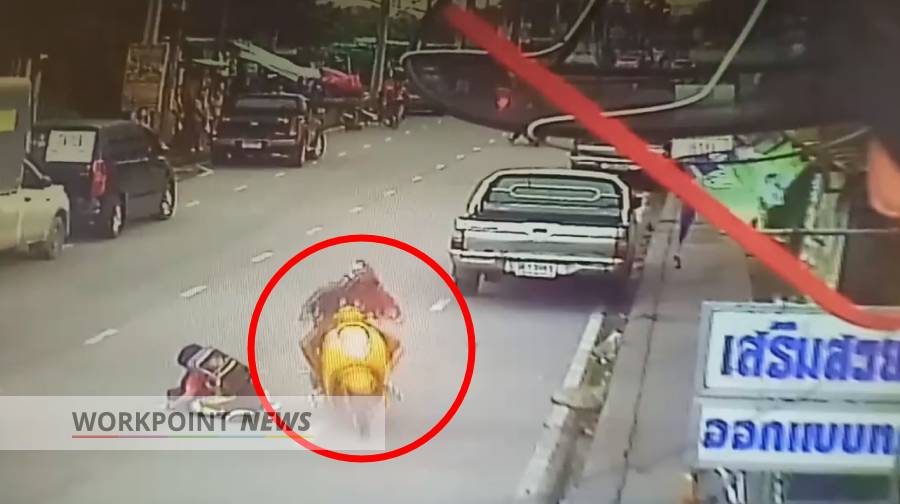 The incident took place in the morning of 24 September 2019 in Bang Sao Thong District, Samut Prakan Province. At around 19.00 on the same day, the mother of the girl decided to take the girl to the hospital. The little victim was suffering from internal pain in the stomach. The doctor performed medical care on the wounds by her mouth and right knee. It is not certain what is wrong with the girl’s stomach, but the doctor has ordered an x-ray and for the girl to remain in the hospital until they know what injuries she has.

The mother stated that at first, she didn’t think that the girl was hurt. She knew of what happened and saw small wounds, she cleaned and covered the wounds. Then later in the day, her daughter had bad stomach pain, to the level of not being able to stand up. The mother took her daughter to file a report with the police before taking her to the Chularat 3 hospital. 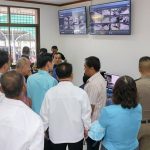 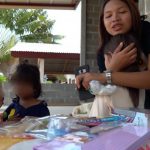