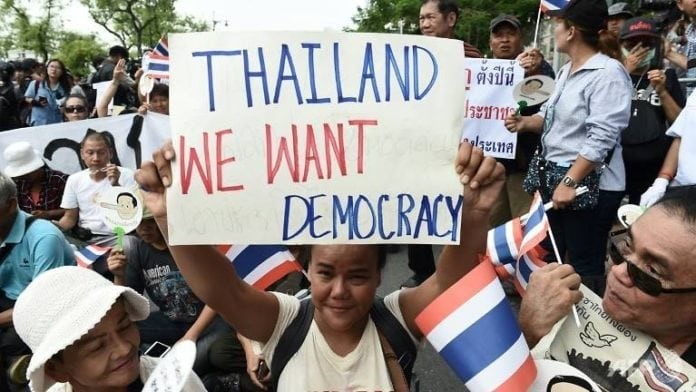 Images of thousands of people peacefully rallying in Thailand’s main cities have travelled around the world, in the latest illustration of how youth-led protests are defying growing repression.

Thailand’s protesters previously made headlines for their use of the Hunger Games salute, Harry Potter memes and the Japanese anime hamster, Hamtaro.

But behind the light-hearted fun, the movement keeps growing, based on calls for political reforms and denouncing the harassment of people who criticize the government.

The Thai authorities have responded by intensifying their crackdown and harassing peaceful protesters even more.

The rights to freedom of expression and peaceful assembly are enshrined in the Universal Declaration of Human Rights – and in Thailand, these rights are increasingly under attack.

On social media, the hashtag #WhatsHappeningInThailand has become a space for people to share views and footage from the streets. So, what is happening in Thailand?

Read these 10 things you need to know, and take action to support the rights of peaceful protesters.

1. This is a youth-led movement. School children are also speaking up

Activists across Thailand – especially Thai youth – have been holding peaceful protests since the start of the year, and the rallies have gathered momentum since July.

More than 10,000 people took part in the largest marches in October – despite a (short-lived) ban on gatherings of five people or more in Bangkok, the capital.

The organization Thai Lawyers for Human Rights reported that police officers had entered some school premises to questionFree Subscription children and take photos of them, in an effort to intimidate, harass and discourage them from taking part in further protests. Officials also pressured universities to prevent protests.

Such scare tactics were denounced by the UN children’s agency, UNICEF, who reminded the authorities that schools should be safe havens where children “can constructively voice their opinions.”

People of all ages are now taking to the streets to show their support.

2. The shadow of past crackdowns hangs over these protests Thailand has witnessed mass youth protests in the past.

In fact, major demonstrations last month were timed to commemorate the horrific killings of student protesters on 14 October 1973, when dozens of students from Bangkok’s Thammasat University were shot and killed by the army while taking part in demonstrations against the military government at the time.

Another protest commemorated a deadly crackdown by police and paramilitary groups against students, also at Thammasat University, on 6 October 1976.

After Thailand’s latest military coup in May 2014, students challenged an official ban on all public demonstrations by carrying out small symbolic protests for democracy and human rights.

These included gathering in public spaces to eat sandwiches, holding one-person readings of the novel ‘1984’, or raising the threefinger salute from the Hunger Games films.

Many student protesters were repeatedly detained and faced years-long criminal proceedings for these symbolic actions – or even prison terms.

Many of those who were targeted are back at the forefront of today’s rallies, and again, face harsh criminal charges.

The second Hunger Games film was released in Thailand in 2014 – the same year as the military coup – and the movie’s ‘threefinger’ salute became a rallying symbol for student protesters. In the films, the salute is a sign of resistance against the regime.

Protesters were drawing parallels between the movie’s fictional authoritarian regime and Thailand’s military government, the National Council for Peace and Order (NCPO), established following the coup.

The NCPO used emergency powers to impose restrictions on human rights for years – including the rights to freedom of expression, peaceful assembly and association – many of which remain in place.

Authorities even detained people making the salute and cancelled screenings of the Hunger Games films.

Six years on, the three-finger salute remains a common sight at protests.

While the protests operate without a single leader or structure, those who’ve initially taken to Thailand’s streets generally agree on three core demands:

There have also been ‘counter-protests’ presented as shows of loyalty to the monarchy, and whose participants generally oppose these calls for reform.

Holding up a Hamtaro doll at a mass protest might appear wacky, but these stunts are more than just light-hearted fun: they show how activists have had to get creative to counter the vaguely worded security laws used to punish people who criticize – or just joke about – the authorities.

Like the Hunger Games, references to Hamtaro or Harry Potter are ways for protesters to make their points about reforming the monarchy and the military-drafted constitution.

While this current wave of protests started in February 2020, the elections in 2019 were arguably the catalyst for them.

Last year, a new political party, Future Forward, polled very strongly among young people for whom this was the first election they were eligible to participate in after the 2014 military coup.

Future Forward ended up with the third-largest share of seats in parliament, but the authorities launched an onslaught of court cases and other hurdles to intimidate and harass the party’s members, curbing its ability to participate in the political process.

In February 2020, the party was dissolved by Thailand’s Constitutional Court.

There are various similarities between Thailand’s protests and the mass demonstrations which erupted in Hong Kong in 2019. As well as being led by young people, both movements mostly define themselves as “leaderless”.

While groups such as the Free Youth Movement, United Front of Thammasat and Demonstration, Bad Students, We are Friends and Seri Thoey have been prominent in the Bangkok unrest, marches have been organized organically by individual protesters – often using apps such as Telegram.

This is an intentional tactic that makes it more difficult for the authorities to curb activism by targeting figureheads.

Thai and Hong Kong activists have also come together in the Milk Tea Alliance, a flourishing online solidarity movement that includes netizens from Taiwan too.

The demonstrations have put a spotlight on how Thai authorities need to allow peaceful protest and stop cracking down on their critics.

Several dozens of people have been charged with alleged crimes in relation to the ramping up of protests since 13 October alone, some of whom were denied bail for several weeks.

Most of these protesters are charged under laws often used to silence and intimidate people.

At least 173 people are reported to have been arrested or charged for participating in protests since the start of the year.

For example, before authorities detained activist Parit “Penguin” Chiawarak on 14 October, he was already facing some 18 criminal charges for his alleged role in recent public protests, including calling for an investigation into the alleged abduction of Wanchalearm Satsaksit, a Thai blogger in exile in Cambodia who disappeared there in June.

Three people – undergraduate student Boonkueanoon “Francis” Paothong, pro-democracy activist Ekachai Hongkangwan and child welfare activist Suranat Paenprasert – have been charged under section 110 of the Criminal Code for “intending to cause harm to Her Majesty the Queen’s liberty”, a charge which carries a maximum sentence of life imprisonment.

The three participated in a peaceful rally on 14 October which the Queen’s motorcade passed through.

Authorities have not explained why these three were singled out for prosecution from among the masses gathered, or what risk may have been posed by their alleged actions.

People who express their views on the streets aren’t the only ones being harassed through the Thai legal system.

People’s actions on social media can also see them charged under vague laws – a tactic that has a chilling effect on millions more social media users across the country.

Earlier this year, Amnesty International released “They are always watching”, a research report showing how the Thai authorities are prosecuting social media users who criticize the government and monarchy, including human rights defenders, activists, politicians, lawyers and academics.

In August, Facebook announced it had complied with Thai government requests to censor political content on its platforms.

A Facebook spokesperson said at the time that the request from the Thai authorities “contravene[s] international human rights law”, adding that they would challenge the order in the courts.

Amnesty International has criticized the Thai authorities and Facebook for their handling of these censorship requests.

The authorities have tried to prevent the use of Telegram, a favourite tool for protest organizers.

They have also tried to shut down the social media channels of prominent activist groups – such as the Free Youth Movement – using the repressive Computer Crime Act.

10. In their response, the Thai authorities are undermining human rights

As the protests have grown, so too has the government’s repression of them. The police’s dispersal of a 17 October protest using water cannons marked an alarming escalation in force and contravened international standards.

The use of water cannons and irritants not only poses serious risk of injury, the use of dye is indiscriminate and could lead to the arbitrary targeting and arrest of peaceful protesters, journalists, or simply local residents who were marked with the coloring.

Amid an increasingly excessive response to peaceful demonstrations in October, Bangkok’s public transit systems were shut down to stop protesters gathering, while online TV channel Voice TV was threatened with closure for allegedly breaching the Computer Crime Act.

Under international law, these measures breach the human rights to freedom of expression, peaceful assembly and association.

In mid-October, a second emergency decree was invoked to ban gatherings of five or more people in Bangkok, on top of existing COVID-19 emergency restrictions, as well as the publication of news or online messages that “could create fear”, affect national security or damage public morale.

The decree was lifted a week later, but few protesters believe that the government’s crackdown will end there.

On 30 October, local rights groups raised serious concerns about how police handled the arrest of three protesters, which saw all three hospitalized, with two of them allegedly being put into “choke holds” and another suffering from exhaustion. 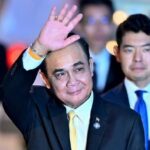 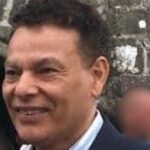